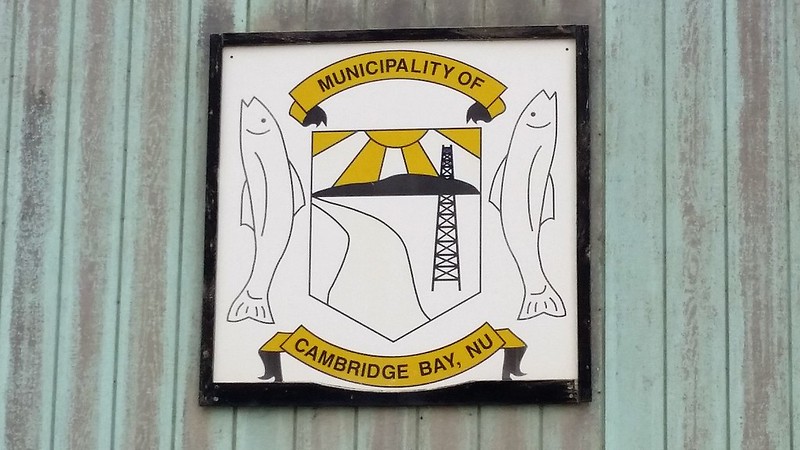 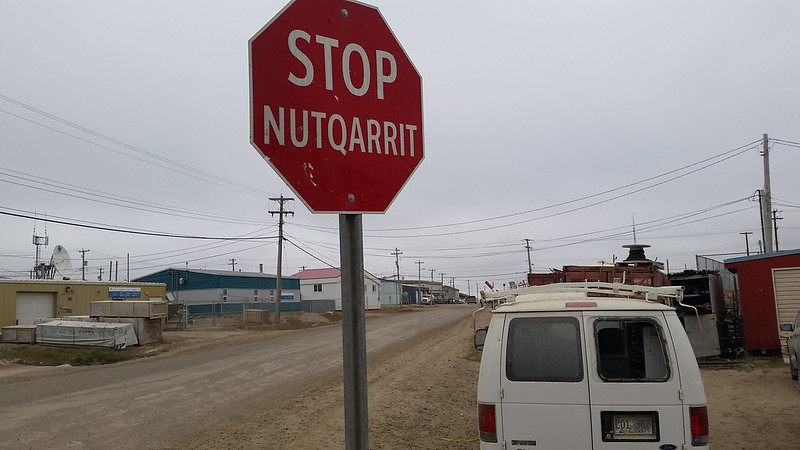 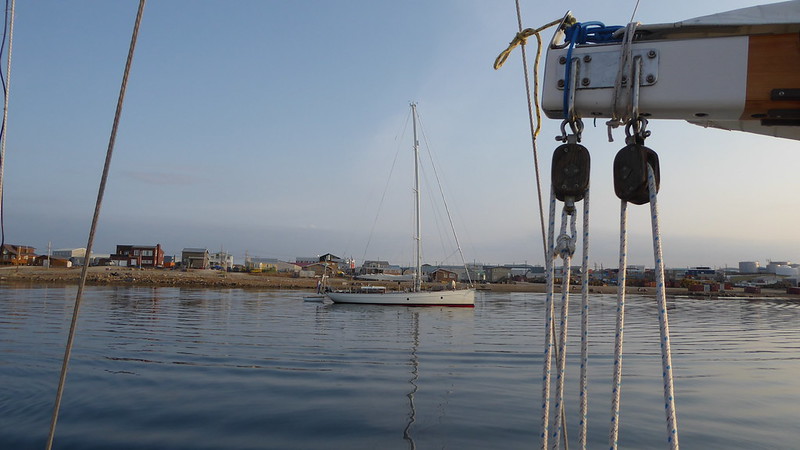 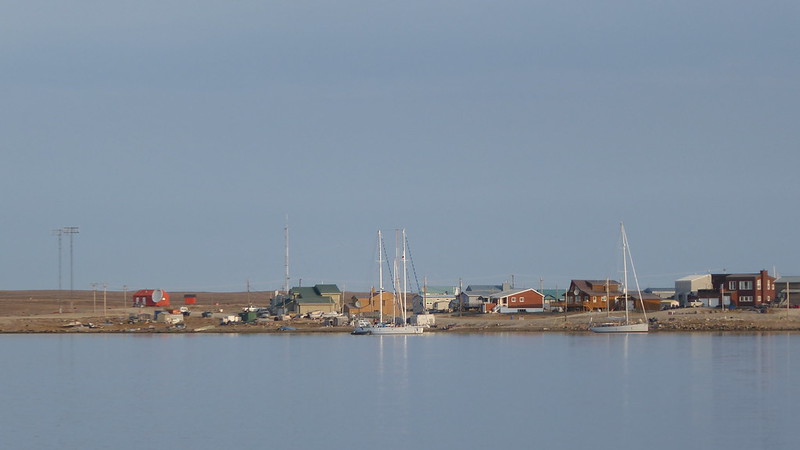 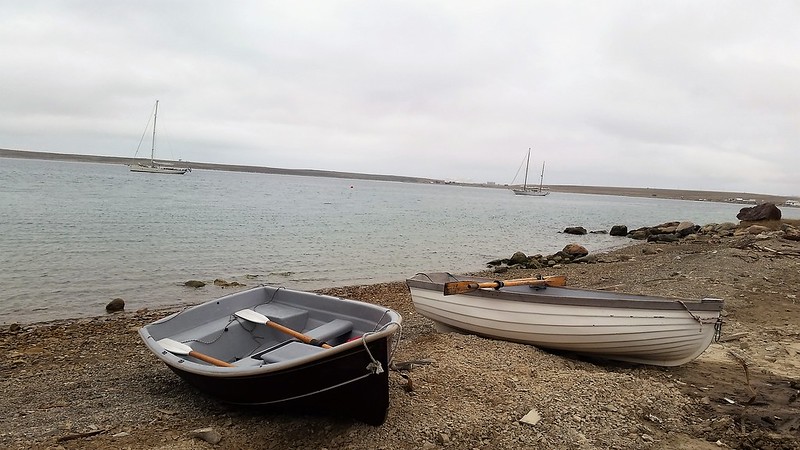 Morale was high aboard Irene during our stay at Cambridge Bay. We were halfway through the Arctic and ship and crew were in good shape. The only repair issue we had not been able to fix enroute (a broken watermaker pump bracket) could be welded here. We would top off our diesel fuel, having used only a very small percentage of our capacity since the last fill up in Tuk. It seemed that we were doing well in the Arctic environment overall– crew was warm, rested, and we were dealing with challenges effectively enough. Although much of the eastbound fleet was still ahead of us, we had narrowed the gap considerably. And we shared the anchorage with two of the most experienced vessels, Tranquilo and Abel Tasman. As newcomers to the NWP we took comfort from their presence. We felt like we must be doing OK in our effort to time our push to get through Bellot Pass and the thick ice hanging in that area if these two seasoned Arctic veterans were nearby. Not too early, staying clear of the thick ice before it clears, but not so late as to risk being stuck for the winter freeze.

Also, Cambridge Bay is an interesting – no, really, fascinating is a better word – place to visit in August. We enjoyed shopping in the grocery stores (both of them!) and visited the excellent museum. We walked the streets daily. The weather was good and townspeople were friendly and chatty. On our explorations we met one couple who had been on a hunting trip during the blow the previous week. They were tanning some hides in their front yard and it was a pleasure to chat with them and hear their stories.The previous week, they had been on a hunting trip via open outboard skiff. During the storm it was too rough to beach the skiff and they were forced to motor slowly in place to hold their position. They had a twenty hour ordeal trying to return to Cambridge Bay during which their GPS batteries died and the fog rolled in compounding their problems and putting them in real danger. Their harrowing tale of navigating by sight, and awareness that this experience could have been fatal if they had run out of fuel before the fog cleared brought home their daily challenges living in the Arctic, even in the summer. Only when the fog lifted momentarily was he able to recognize a landmark confirming they were on the correct course. We reviewed the time line and realized we had heard each other in the fog but never had enough visibility to see as Irene crept up the channel in the thick fog using radar and GPS for guidance. 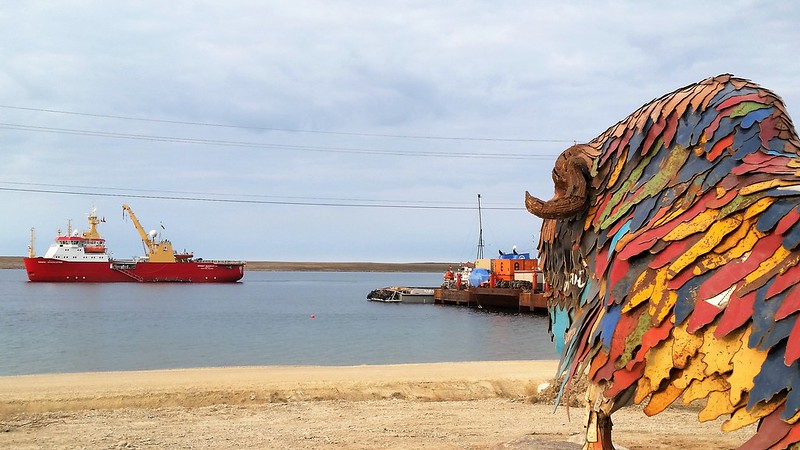 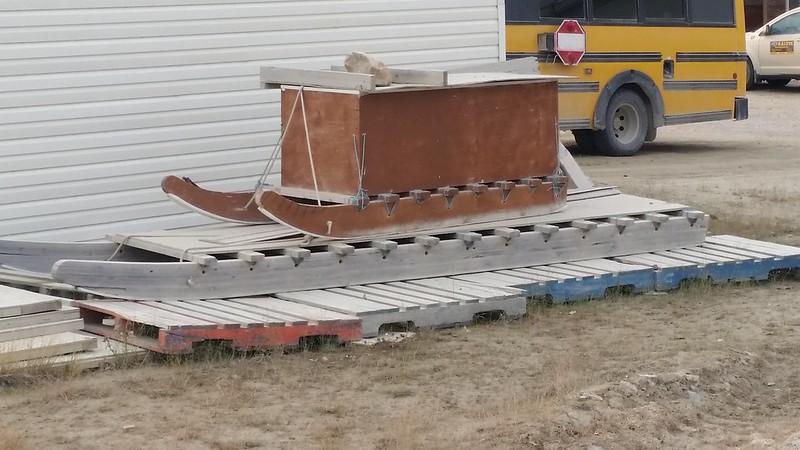 We had been in CB a couple of days when westbound NWP boats started arriving. We were interested to hear their experiences and rowed over to visit. The first few boats had been together in the Fort Ross anchorage waiting for Bellot Strait to clear. This strait and coast nearby is often, year in and year out, the most ice choked and difficult part of a Northwest Passage transit. They had been waiting for days and were anxious to get on with it. A couple of the crews were hiking with a view of the strait when they saw a partial clearing in the ice choking the strait. They raced back to their boats, hoisted anchor and motored into the strait. We heard stories of their ice battles – swirling floes in Bellot Strait stopping and then allowing progress, boats trapped by ice close to shore, and dicey escapes with polar bears patrolling the floes next to the boats. We were happy to see Alkahest, a westbound boat from our hometown that we were hoping to meet. (We never saw a third westbound boat from our area named Celebrate. Only three US flagged boats went through the NWP in 2017, all from the Pacific Northwest.) Skippers and crews showed the strain of their experience and the euphoria of getting through the most difficult section. That should be the last ice they would see as they headed west. 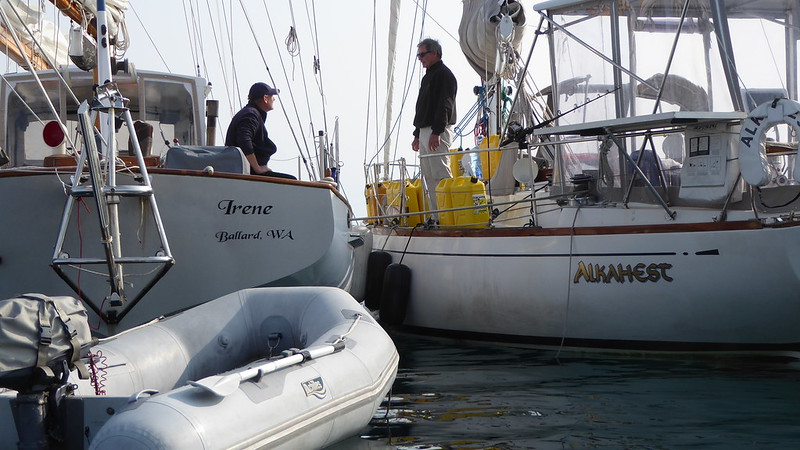 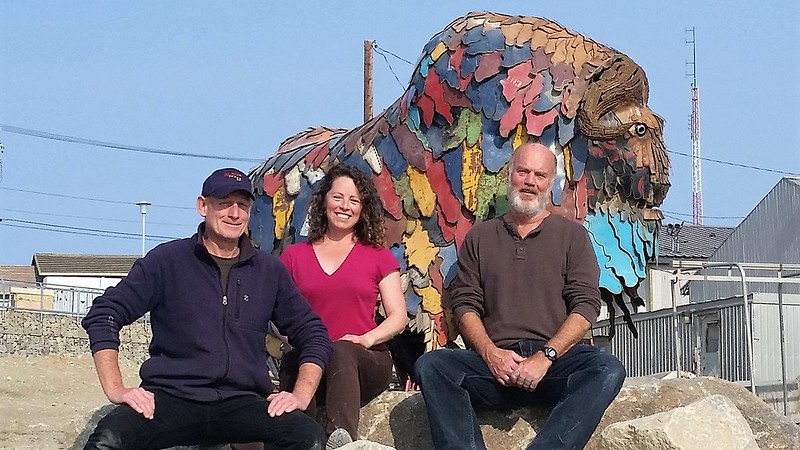 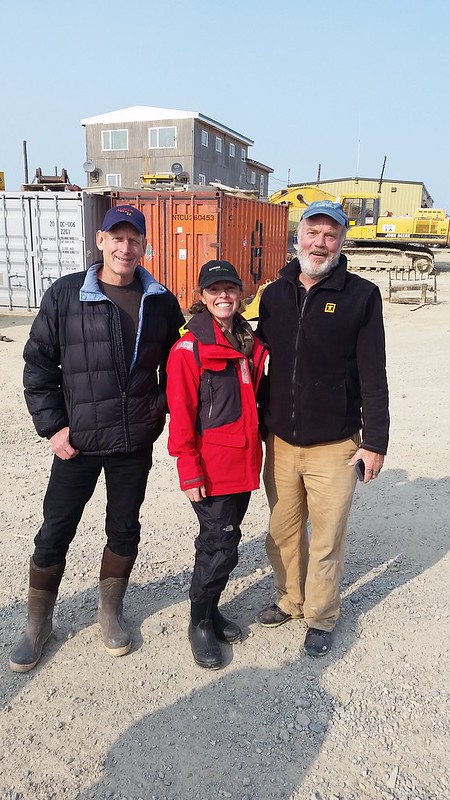 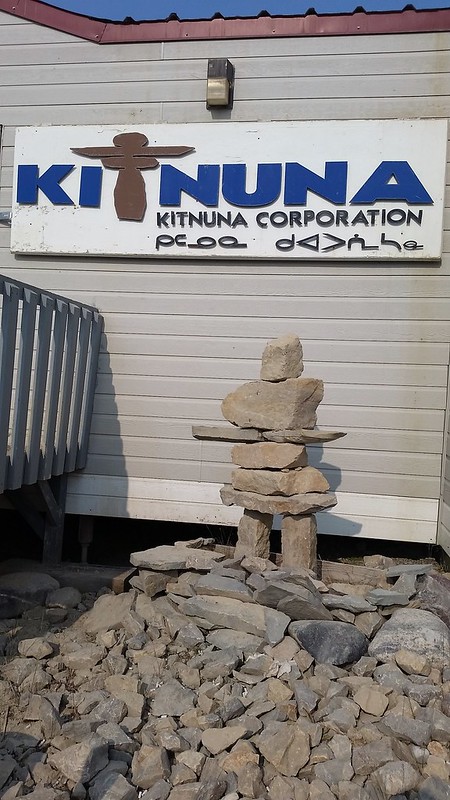 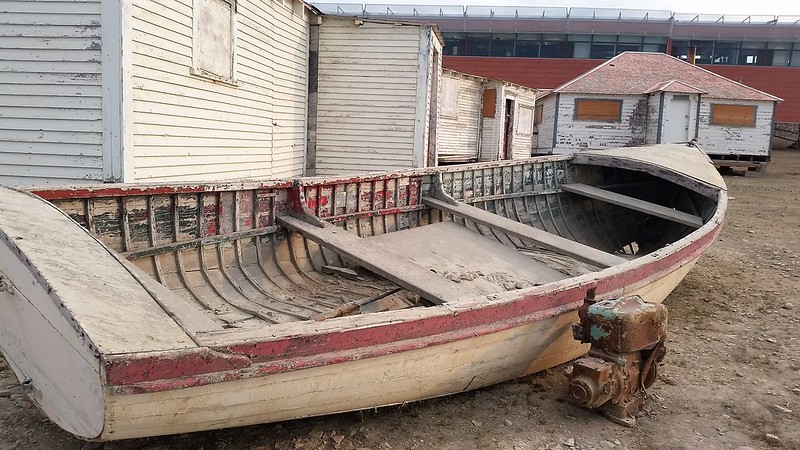 August is the height of the short Arctic supply season, and the bay was very active. A Canadian icebreaker came in and anchored and handled crew changes with their inflatable tender. A container ship anchored also, and launched a deckload of two small tugs and barges to lighter containers and equipment ashore. 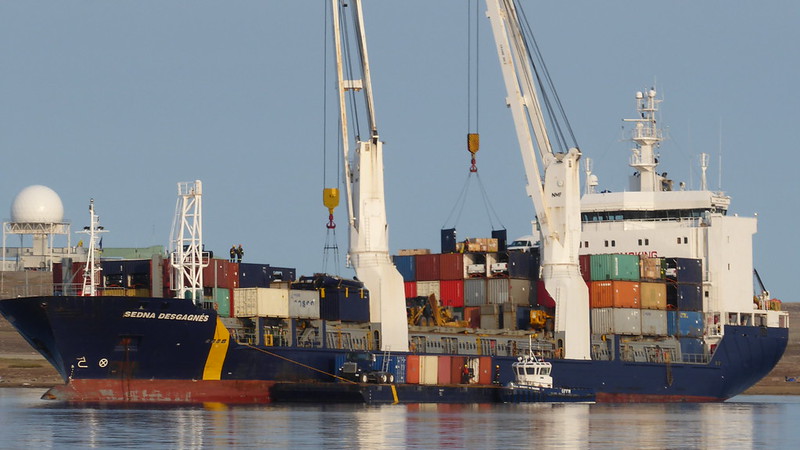 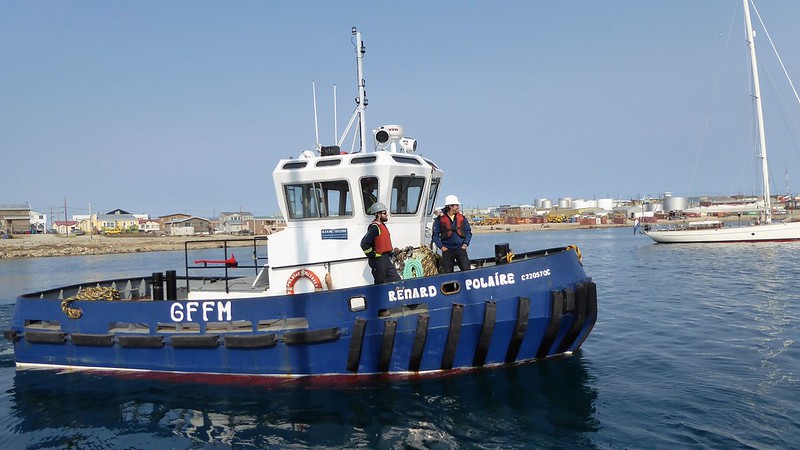 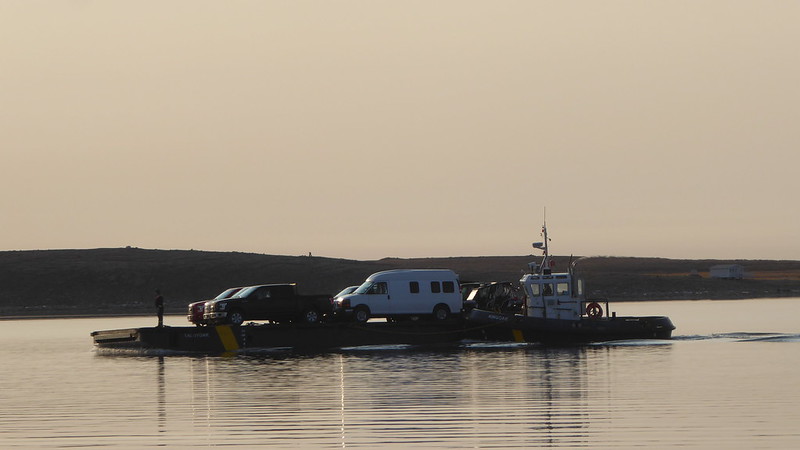 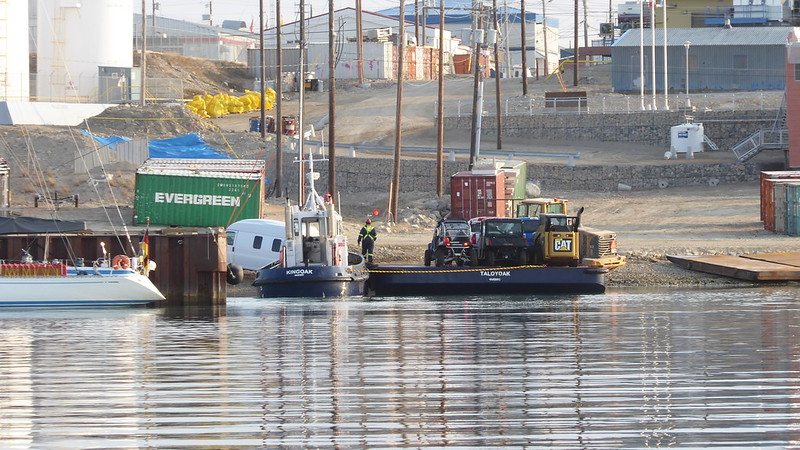 The solo wharf in the bay where we needed to refuel was being used by a tug and two barges that were loading heavy equipment. The loading job was not going well, and as more sailboats arrived we knew that there were now seven boats in the bay all waiting for an opportunity to fill up their fuel. We watched all weekend and realized that the tug wouldn’t be heading out on Sunday as promised. Still ever mindful of delays, we took a leadline and walked around to the inside of the shoreward barge (where it seemed that the fuel truck could reach) to see if we had enough water to bring Irene alongside safely. It looked possible – so first thing on the thankfully calm Monday morning, with permission of the tug captain and some persuasion at the native corporation office, we maneuvered in and refueled. 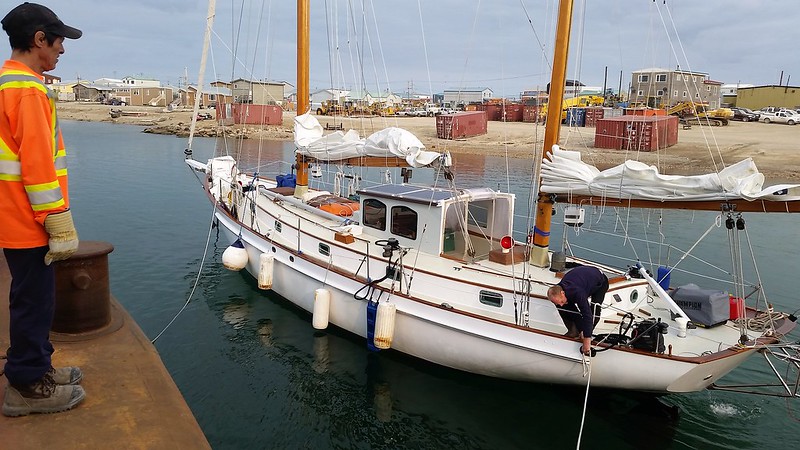 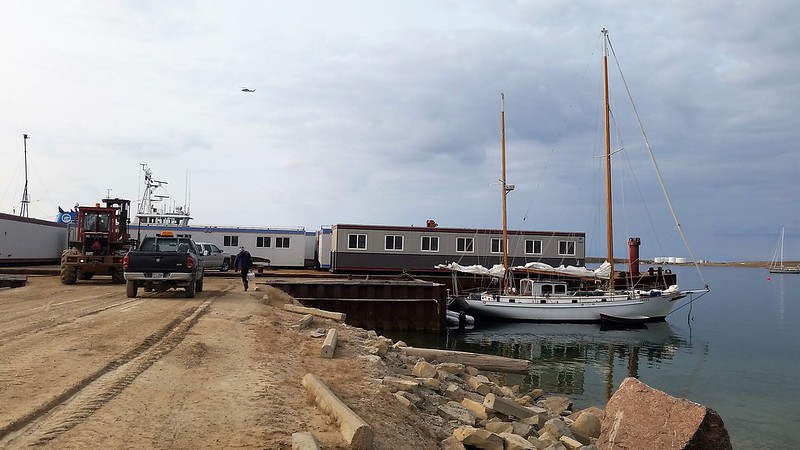 It went well and the rest of the fleet followed suit. 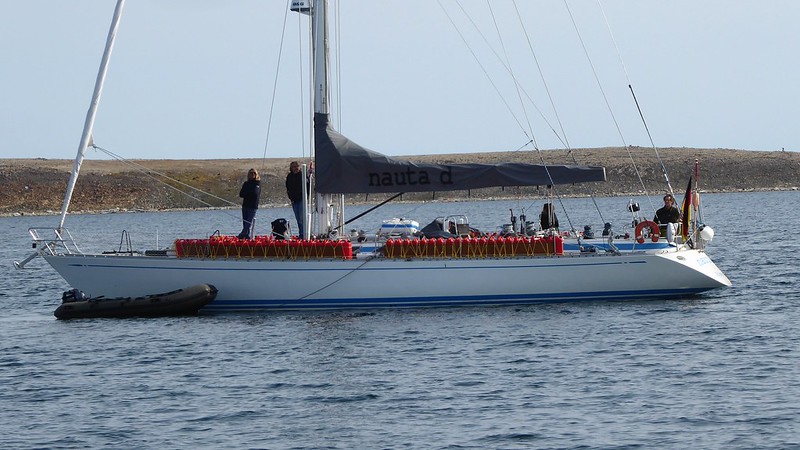 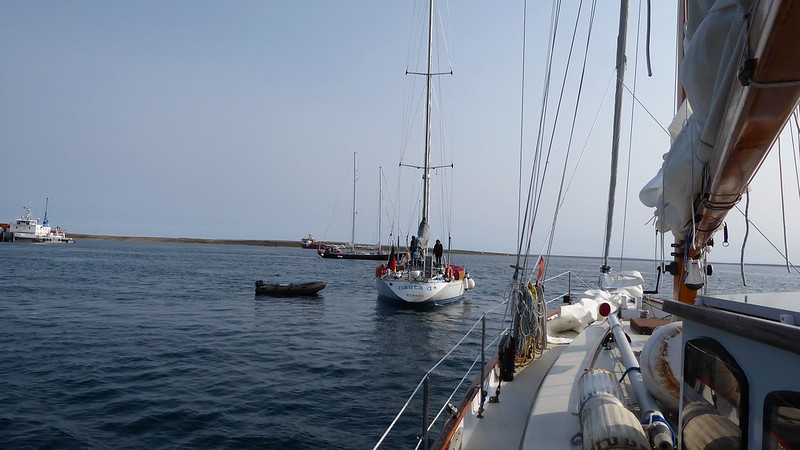 Refueled and reprovisioned, we enjoyed one last sunset in the bay and departed the next AM. Onward to Bellot Strait and the ice! 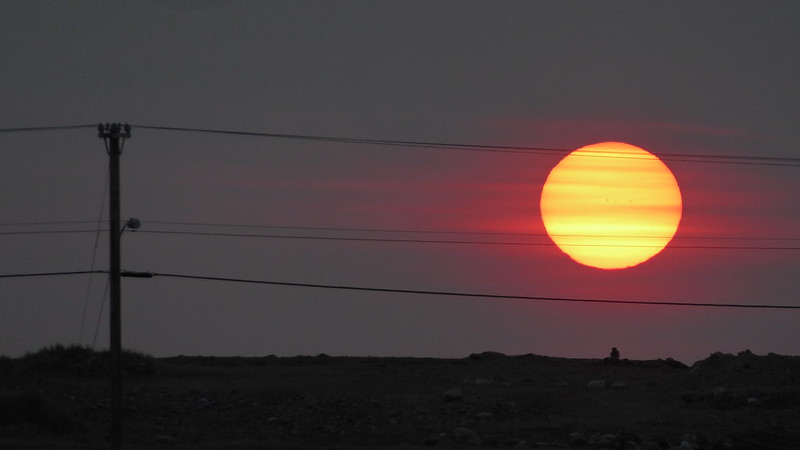 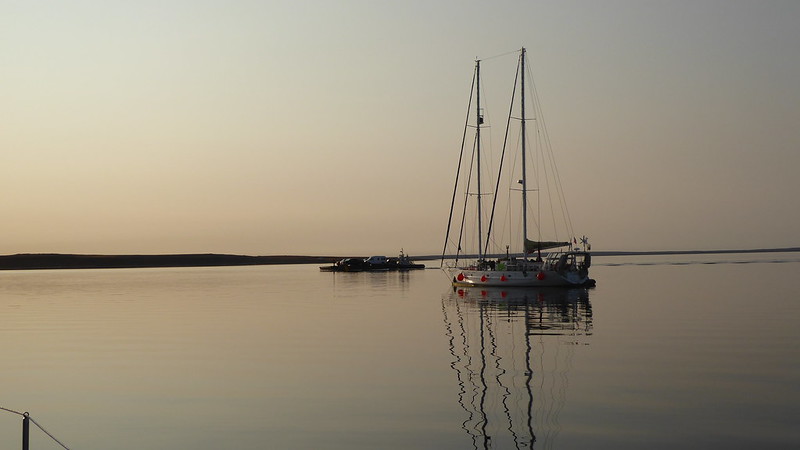