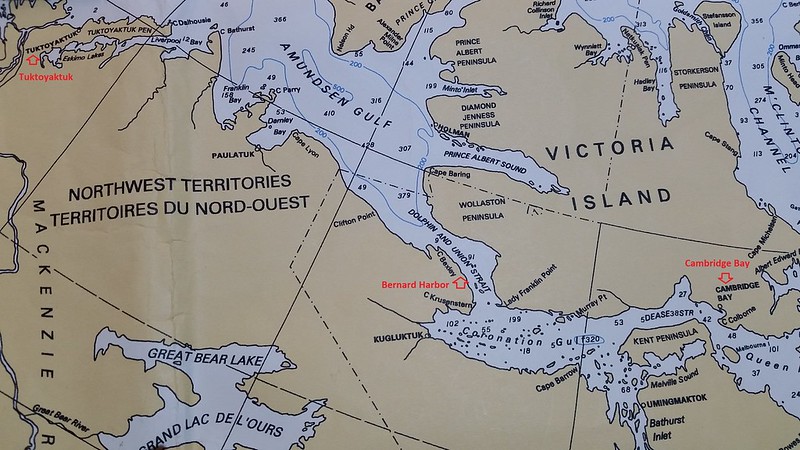 On August 11, 2017, Irene rounded Cape Bathurst (catching a glimpse of the smoke from the famous Smoking Hills underground coal fire at sunset) and entered Amundsen Gulf and the region of the large islands of the Canadian Arctic. We were happy to be making progress to Cambridge Bay, 675nm from Tuk. Cambridge Bay is roughly the NWP half way point and a milestone we were eager to reach. Our DeLorme text sat phone warned us of a big ESE blow brewing in the region, so we checked the charts for shelter. Of course, the Arctic is notoriously poorly charted, so it’s hard to feel confident that what looks like shelter on the chart will actually give protection from the waves, or have enough water to get Irene safely anchored. We noticed the wind was predicted to be considerably lighter east of Dolphin and Union Strait, so it made sense to get east as far as possible as fast as possible. 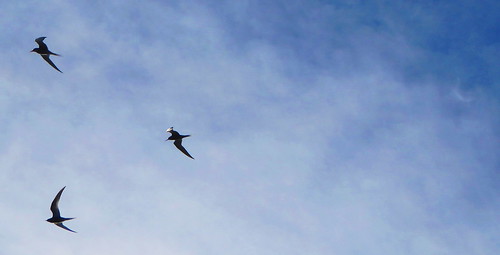 Our wind began to get lighter, so we fired up the trusty Isuzu engine and started motor sailing. As a rule, we generally don’t motor much, but the special circumstances of the Arctic and this particular time seemed to call for it. We carried plenty of fuel (380 gallons!) and were in no danger of running low. Irene does well motor sailing, and just a few hundred RPMs bumped us up to 8kts. Yet, as we continued on, it became obvious we weren’t going to make it out of Dolphin and Union Strait before the wind came. We could make it to Bernard Harbor, which the pilot book suggested would provide good holding and shelter in all winds except NW gales. 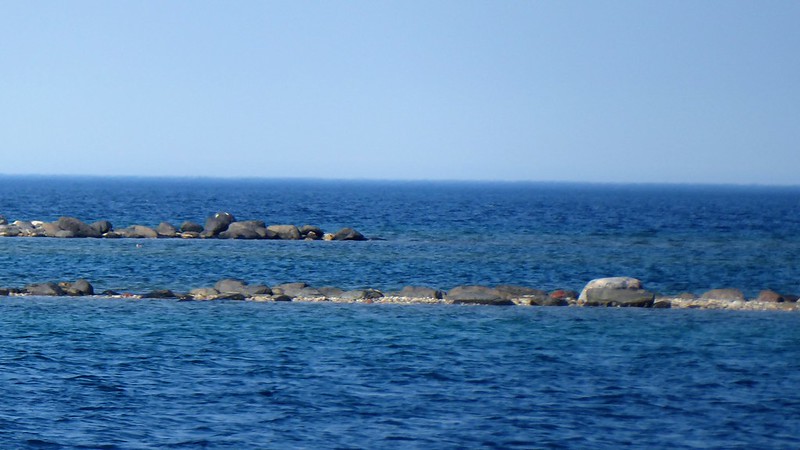 What appears on the chart as solid land sometimes doesn’t look like much in real life. The entrance to Bernard Harbor was a shallow maze of low lying rubble. We hoped the low rock bars would provide protection from the waves in the strait.

The wind was rising as we arrived and we just had time to anchor precisely in the best spot. 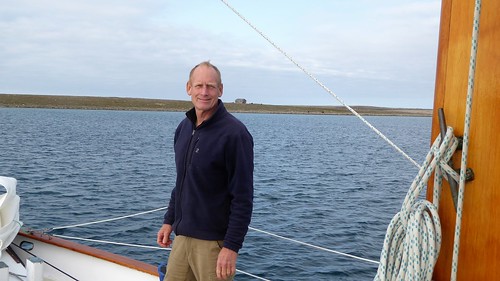 The bay is littered ashore with relics from oil boom days gone by. This industrial litter provided useful markers in the otherwise featureless landscape which we used to verify that Irene was holding position during the gale. 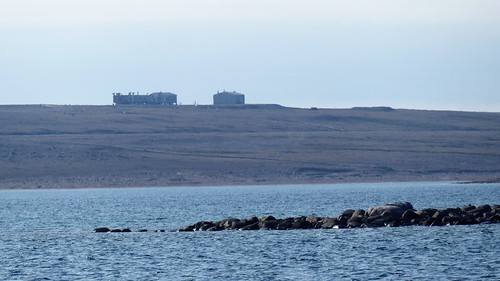 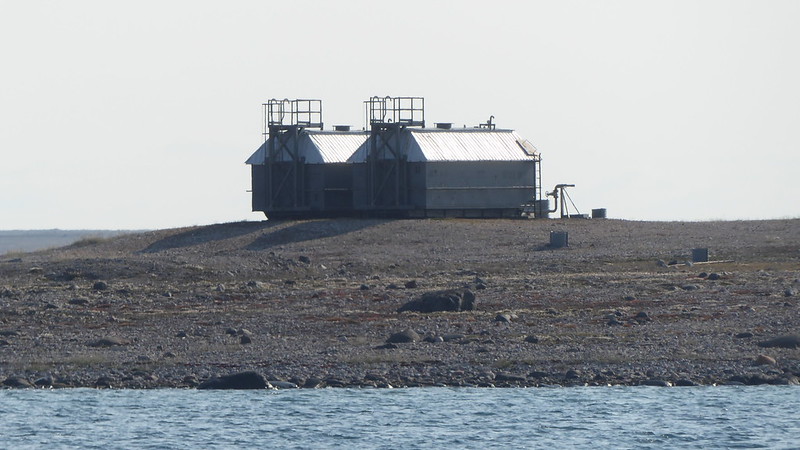 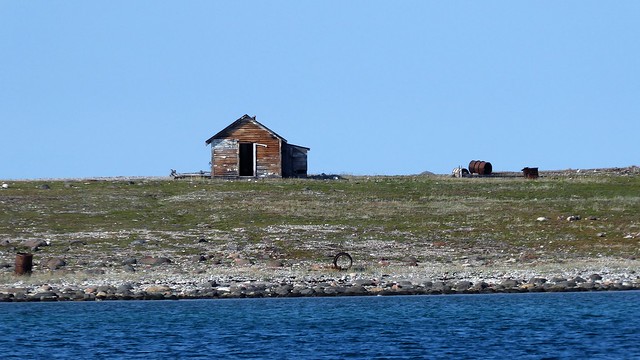 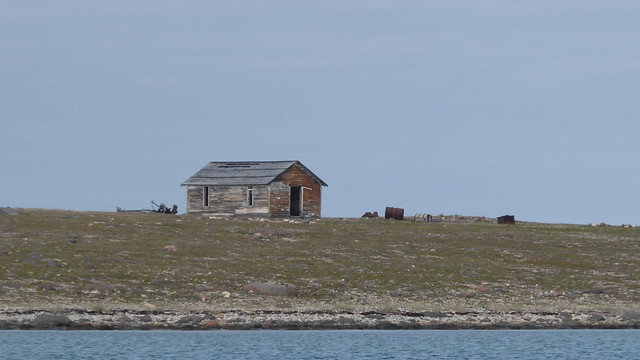 The wind came up as promised. Unfortunately, protection from waves was not very good. (We didn’t expect much protection from wind – the low Arctic terrain does not stop wind at all.) So Irene pitched and bucked in the waves but we were securely anchored and safe, if not perfectly comfortable. We set up our second anchor with rode flaked on deck ready to be deployed in an instant if needed and then fell into the familiar rhythm of eating, sleeping, and checking anchor gear for chafe. 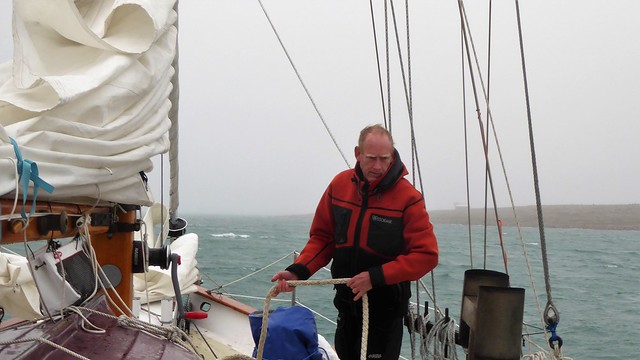 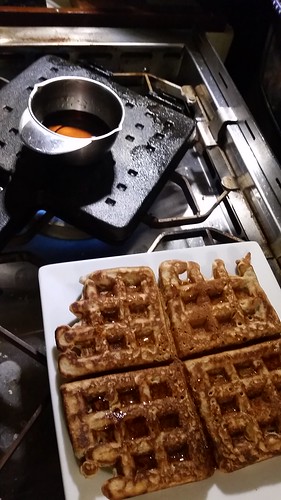 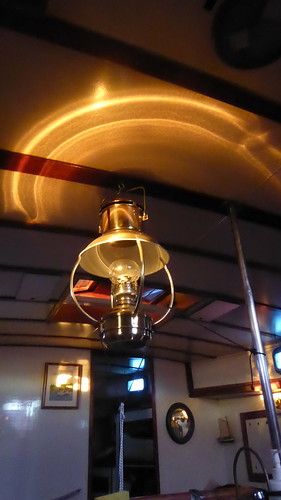 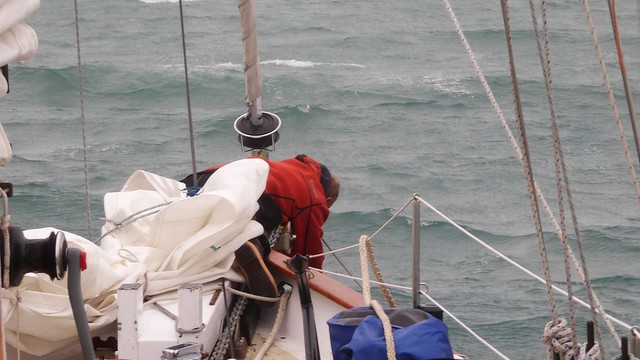 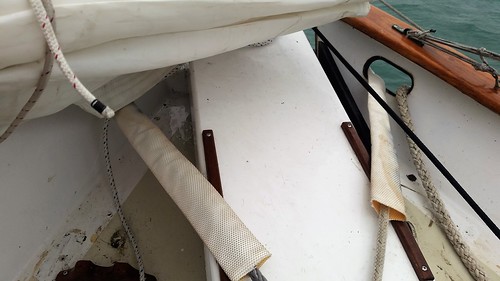 We knew we had the best protection available in the area because a flock of ducks collected around us. 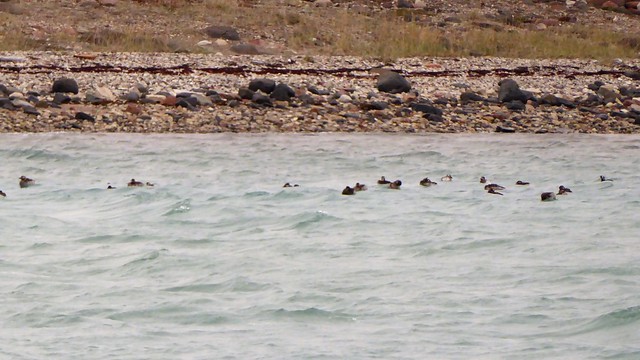 Four days (!) later, the wind began to lighten a bit. We were more than ready to get moving again – feeling cabin feverish and aware of the days flying by.  So we pulled the anchor in the waves, timing the windlass so it only retrieved chain in as the bow dropped in a trough to avoid straining the gear. We were grateful that the second anchor had not been needed. It can be quite a chore to get two anchors safely on deck and put away, especially if there has been a wind shift that twists the rodes together. We motored out into the nasty seas and bashed towards Coronation Gulf and beyond. The seas thankfully settled, as they always do, and we motored east through Dease Strait in comfort. 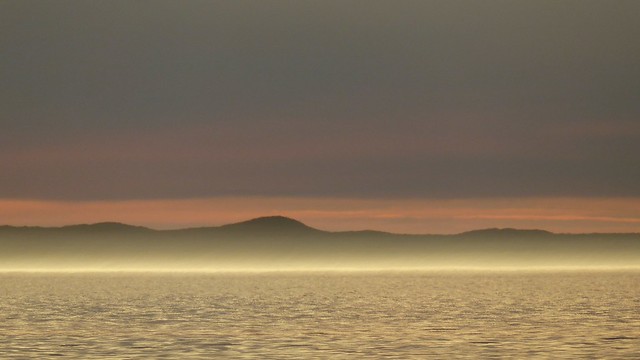 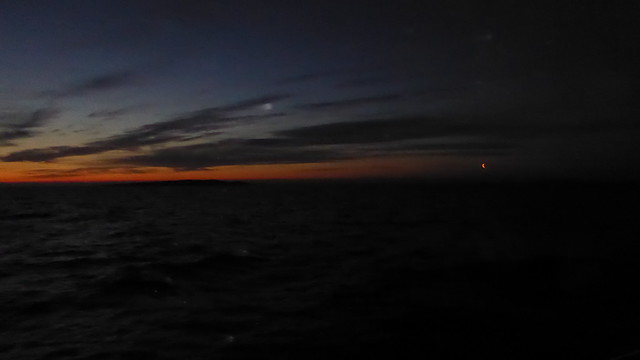 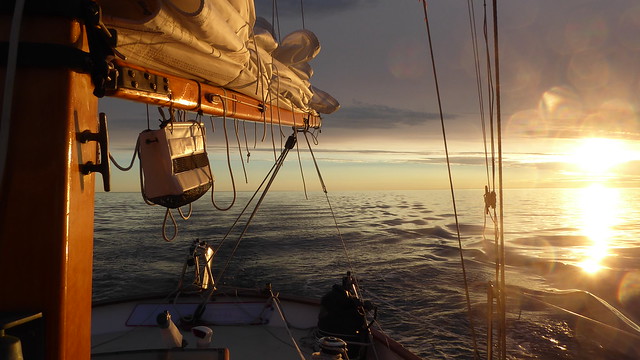 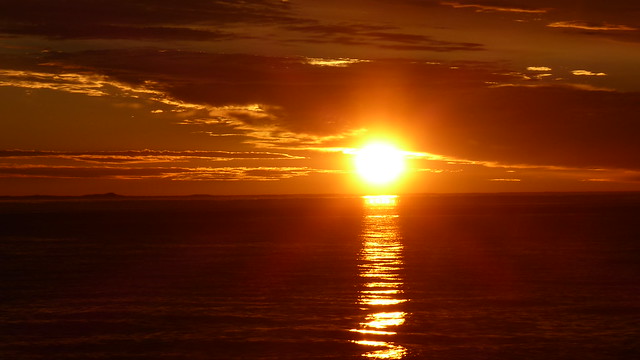 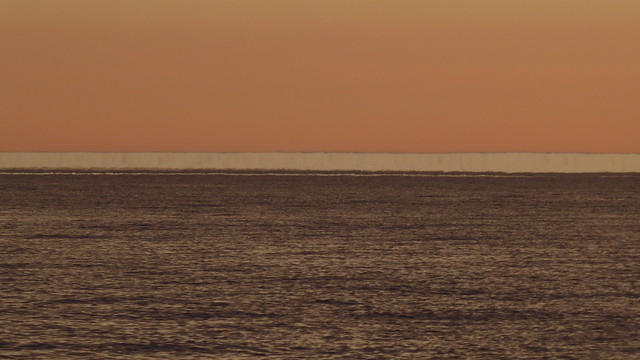 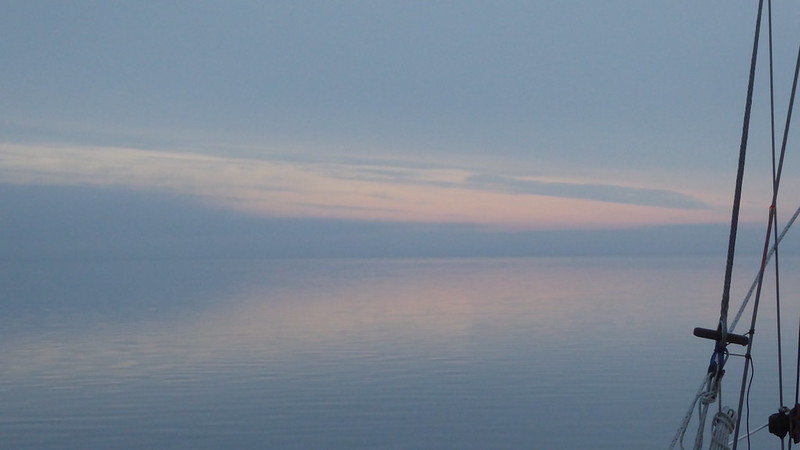 We came to the long approach to Cambridge Bay on Friday August 18, a very foggy morning. We slowed down to just a couple of knots, and with radar and chart plotter working as we moved down the channel. Each buoy was exactly in position, which gave us confidence. The chart was very accurate as well, and we arrived at the wharf perfectly on course at 3:30AM – only seeing it in the fog when we were just 100 feet away!

2 thoughts on “Mid August in the Middle of the NWP”