It was exciting to set sail and leave the Aleutians behind, heading due north into the Bering Sea. 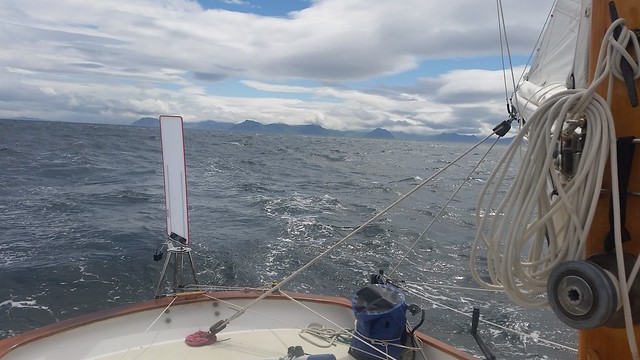 Watching the gorgeous green islands recede in our wake, we remarked how similar they looked to the high islands of the south pacific. Just colder… 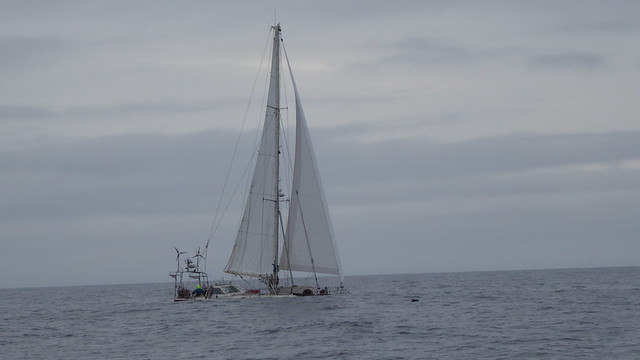 The Bering Sea was kind to us, choppy but not too rough, chilly but not too cold. We encountered the yacht Tiama on passage, and took a picture just as a Dall’s Porpoise surfaced in front of her.

As we got further north, the fog dissipated, the air dried out, the days got longer, and the waves got smaller. We glided along under full sail in calm water (a first since leaving Puget Sound a month ago) as we approached Nome. The ocean is shallow here, as we made our way into the harbor our eyes were glued to the depth sounder. The harbor master directed us to tie to a big steel wall, with just inches to spare under the keel. 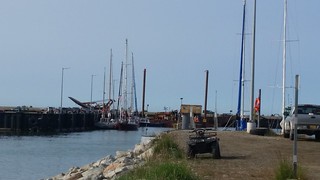 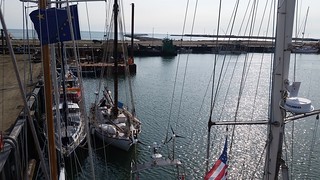 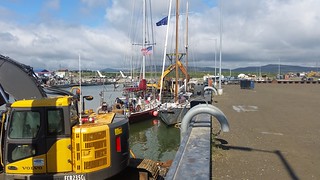 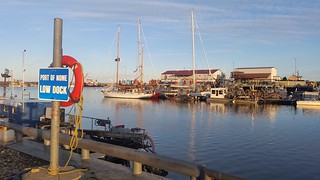 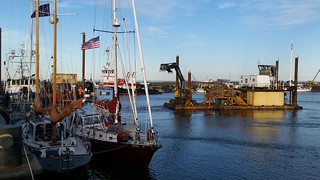 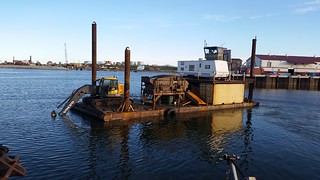 Big Mad Max like rigs line the harbor. The bigger ones are built around a back hoe and a suction dredge. Divers guide the suction as the rig mines beach sand just offshore. We saw some strange maneuvering where the backhoe is used like a giant canoe paddle. Big piles are dropped to peg the vessel to the seafloor as needed. The action is covered by TV crews, sometimes on the dock, sometimes in the camera boats. 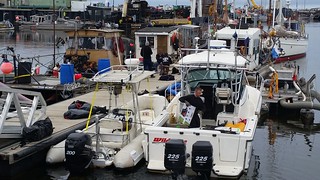 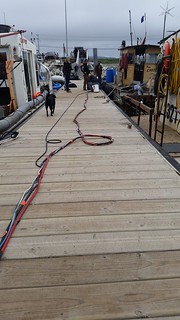 Although the whole bustling scene is colorful, some of the town citizens told us that the show was probably more bad than good for Nome, as unprepared gold seekers show up and can’t make a living mining gold and they are not able to take care of themselves. Discarded dredge equipment litters the town. There are countless stories of failed ventures and some of the rigs are abandoned now. The Harbor Master shuffled dredges and made room for us on the dock to fill our water tanks and spend a couple of days there. 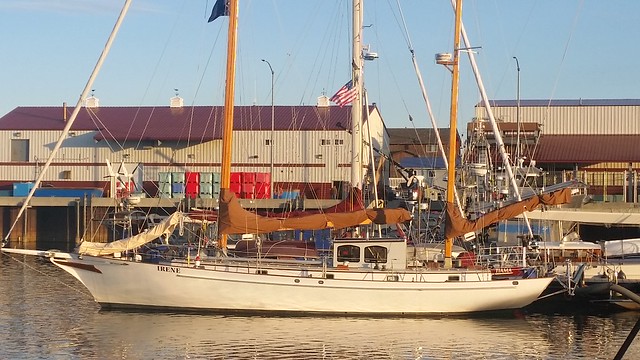 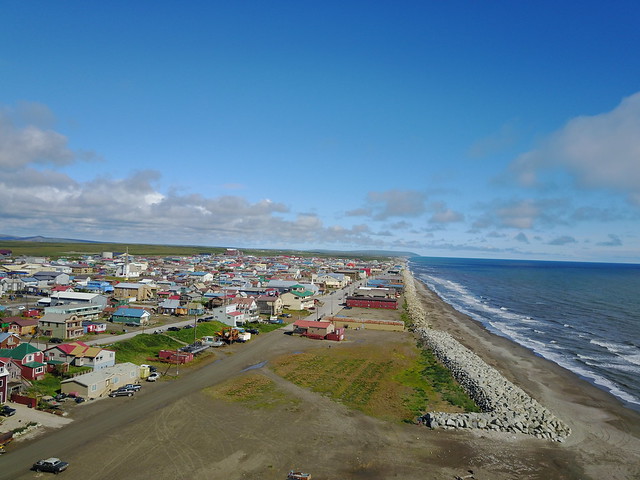 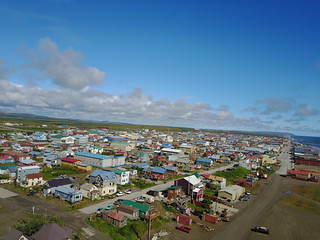 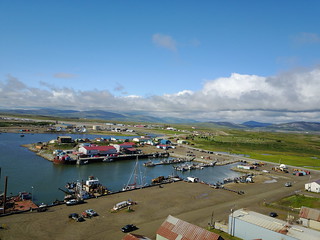 The crew of Irene craved some land exploration, so we hiked around town and up the big hill with DEW radars that are visible from the harbor. 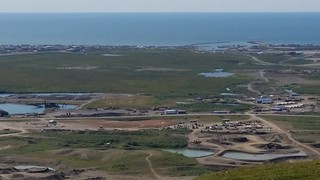 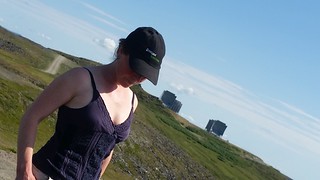 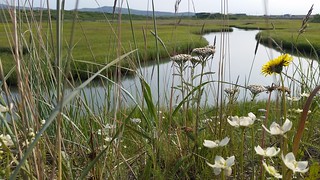 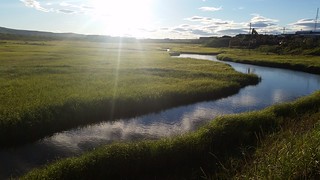 We spotted a couple of groups of Musk Ox. 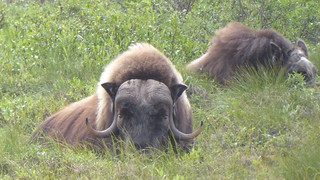 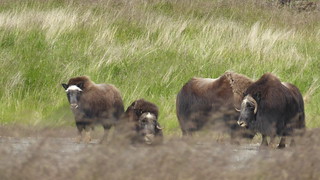 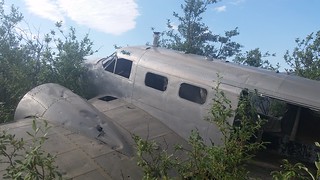 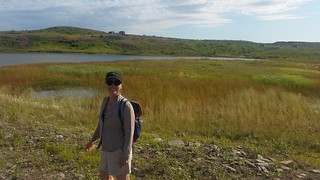 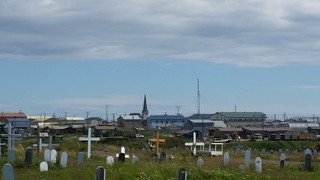 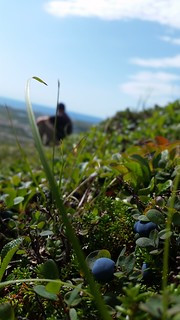 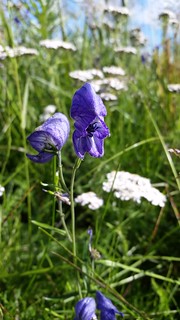 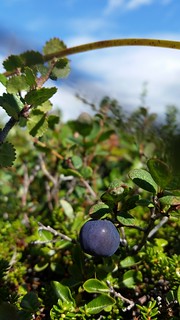 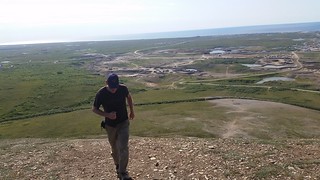 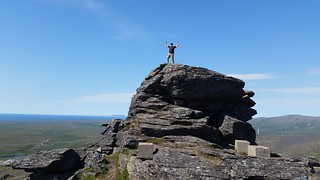 Back at the boat, Ginger saw the prop zinc was missing. 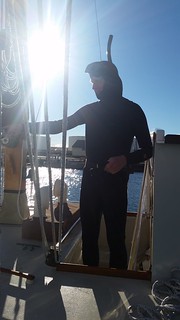 Peter volunteered for the swim, a NWP bound sailor and neighbor, Bart, offered to lend a full wetsuit (thank God! uh, Bart!) and the job was done in no time. The ice was finally clear at Barrow, and we felt ready to take off. Heading north again! We departed Nome Harbor on July 26.

One thought on “Hop North to Nome”