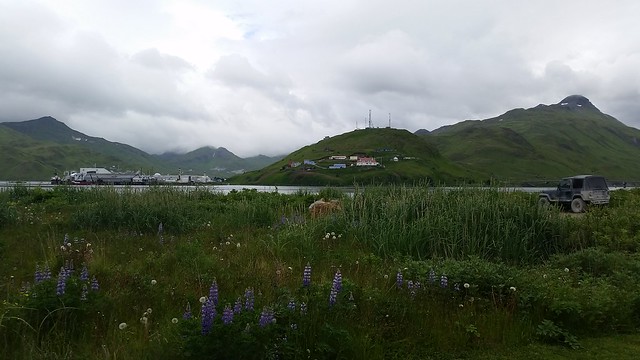 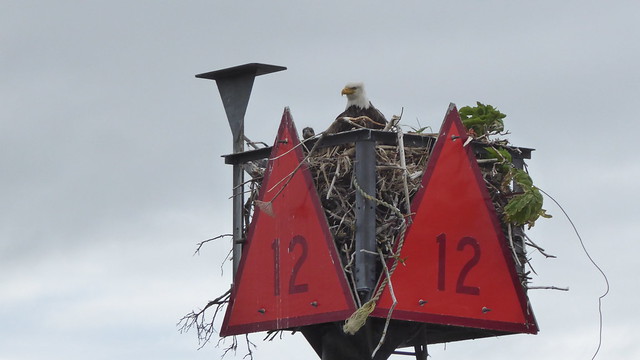 Giant Bald Eagles dominate the waterfront at the Dutch Harbor Small Boat Harbor. Approaching our berth we were scrutinized by a brood at the 12 Mark. Admittedly, it’s a bit intimidating to make that turn while standing on deck just in case you get too close for their comfort. 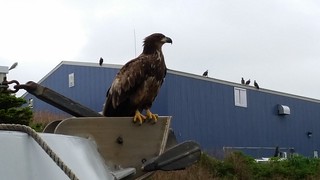 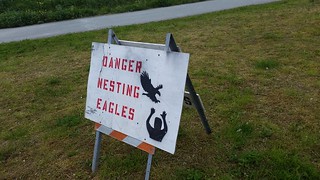 Possibly because of several nearby fish processing plants, there were over 50 eagles hanging out at the dock and on the near shore. 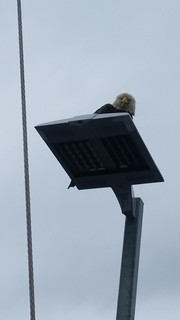 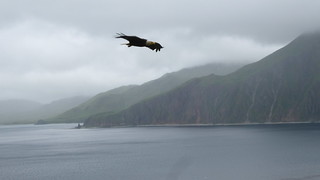 Some of the plant employees feed these birds, and the convocation of eagles have sort of an urban gang tough presence as they swoop in for food/garbage. We were warned that a woman had ended up in the hospital with lots of stitches just a few days earlier. 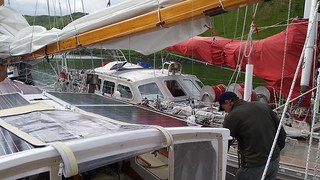 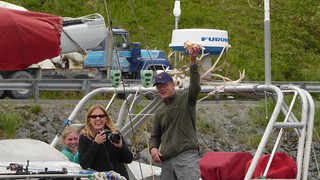 After our first night at the dock, a familiar looking aluminum adventure yacht named Seal arrived and rafted to Irene. Small world, we last saw Seal in Puerto Williams, Chile seven years ago. During a whirlwind of catching up, they shared homemade caribou liver pate and huge bowls of secret recipe popcorn with us. We were honored by a conch departure from Hamish as they picked up guests and got underway. Note for Irene equipment list – want conch! 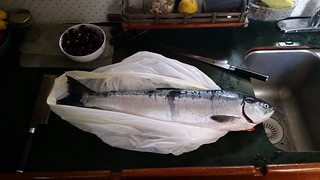 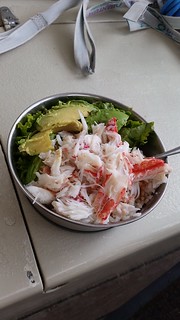 A local guy, Cory, and his family went out on a small boat several times for fish and crab while we were there. They were gracious to share with us. The kids – all under six years old – were good natured and enthusiastic about long fishing days and life in general! 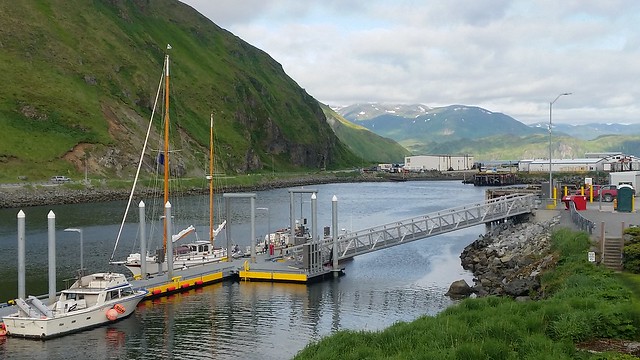 The 4th of July was a beautiful sunny day and judging by the parking lot everyone in town was at the Norwegian Rat Saloon for a celebration. We joined the party and met two crews of two other boats there, Tiama and Migration. We also met Roger and Billie Jo, Unalaska residents, who offered to take us on a Mt. Ballyhoo/Ft. Schwatka tour. They stopped by the marina the next evening to pick up all eight crew members from the three boats in the harbor. Off we drove into the misty evening to explore WWII fortifications. 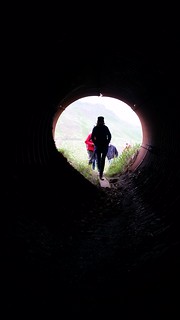 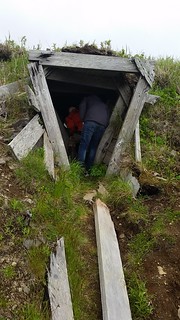 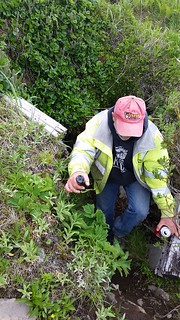 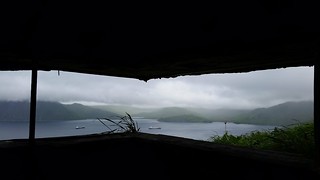 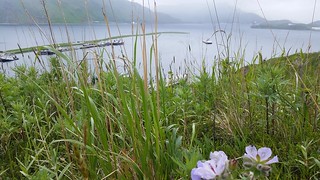 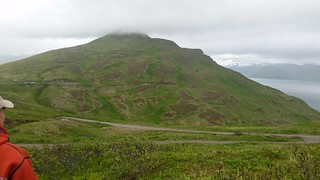 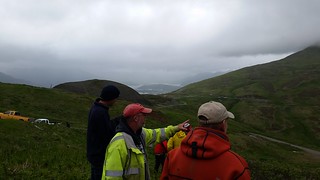 We crawled through collapsed tunnels and teetered on the edge of bunkers looking out over the Bering Sea. The wind whipped through the valley and we were all happy to crowd back into the two small trucks and head back to town at 9P. That night, famished and thirsty from our tour, we had an impromptu potluck on Migration with the salmon given to us by Cory and family. Our stay in Dutch Harbor was so social we had to stay a few extra days to catch up on sleep and jobs. 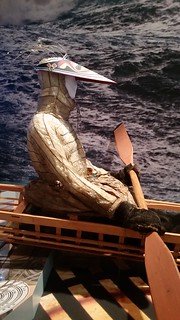 We did finally make it to the Museum of the Aleutians during their open hours and were most impressed with their traditional rain gear made from gut. 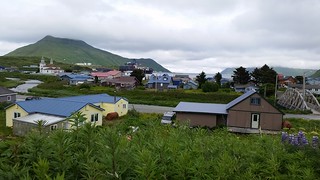 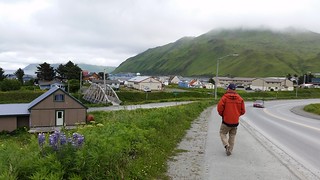 Pedestrians are well accommodated here with sidewalks or wide shoulders. We got in several long walks as we prepared for our next passage. Several times friendly people stopped to offer rides for heavy loads like propane and groceries – always appreciated. 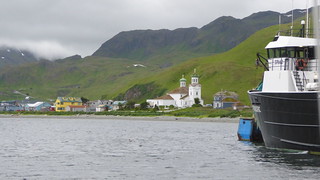 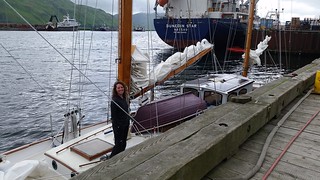 On July 8, with one last goodbye to our friends on Migration we passed the Unalaska waterfront, made a pitstop at the fuel dock and followed the birds to sea. 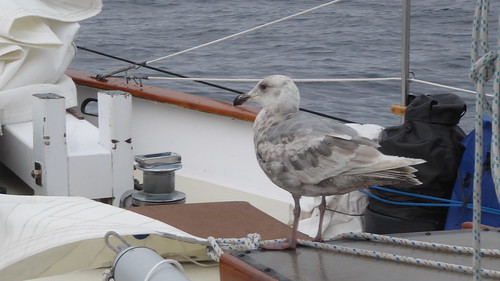