Amazingly the sun was out during some of our stay in coastal Neah Bay, WA as we prepared to cross the North Pacific. We’ve been here before but have never seen the bay in sun. 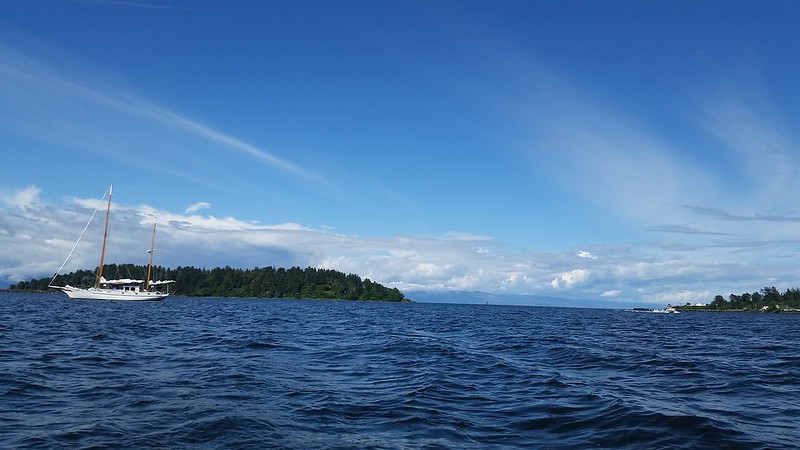 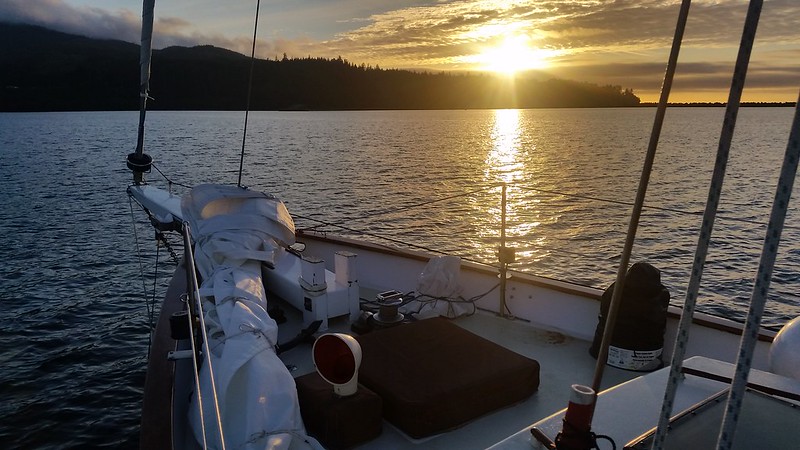 There were some gorgeous sunsets.. 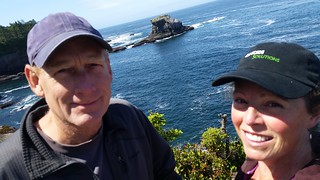 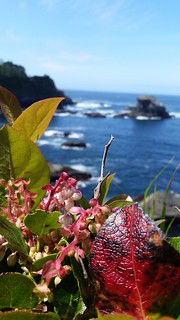 and even some sun for a hike from town to Cape Flattery. 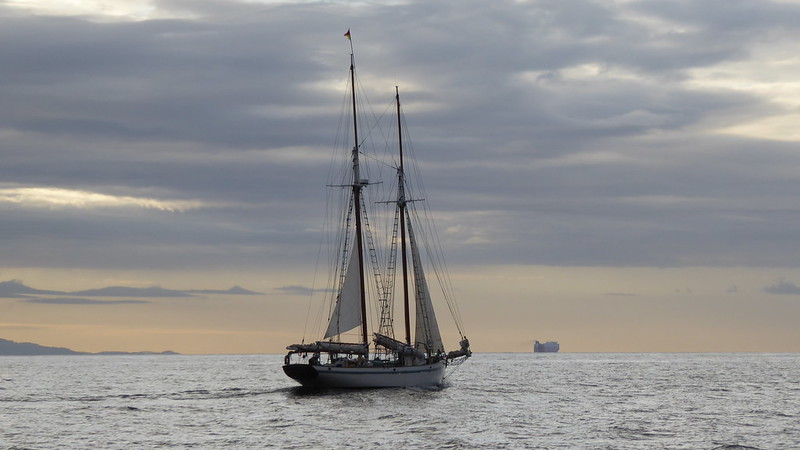 On a beautiful day we completed a sea trial out and back from Neah Bay and crossed paths with a schooner returning from sea under storm sails. 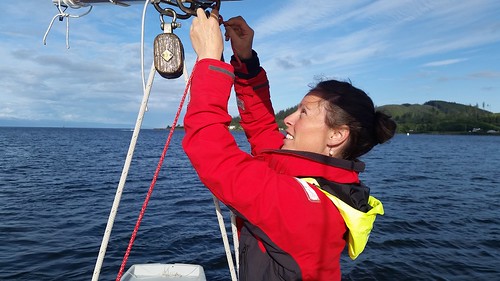 With Irene stowed and the deck secured we were ready to go to sea. 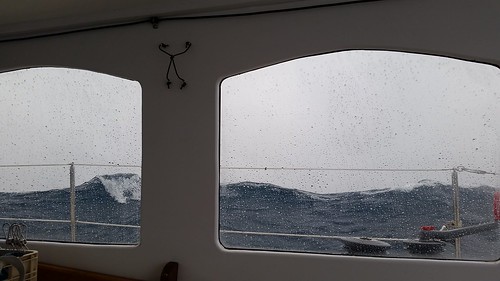 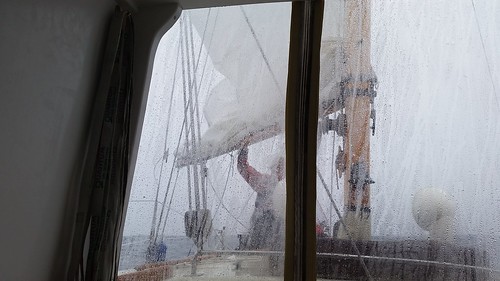 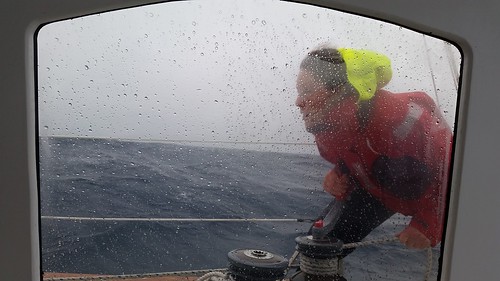 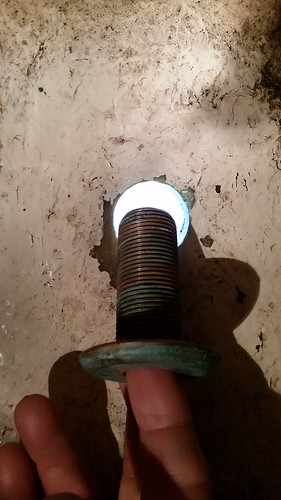 A couple of days into the passage we were taking on a bit of water and discovered that it was due to the sink through hull fitting. We were on port tack most of the trip so the through hull that is normally above the waterline was under water for about 10 days. Only after landfall did we discover the nature of the problem – old caulk and a hole too big for the fitting that was installed years ago. 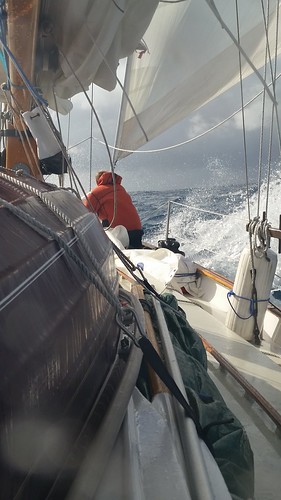 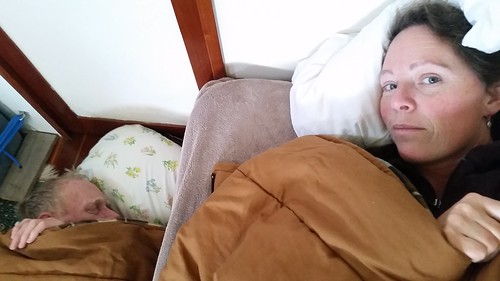 During one gale we stopped the boat by heaving to and adopted a routine of the watchkeeper going up to check for traffic every 15 minutes. We settled into the saloon on the downhill side with sleeping bags to keep warm as we had only our kerosene lantern to take the edge off the chill in that wind. We did see at least one ship within 20 miles of us every day on our AIS receiver, sometimes they were even close enough to catch sight of them over the waves. 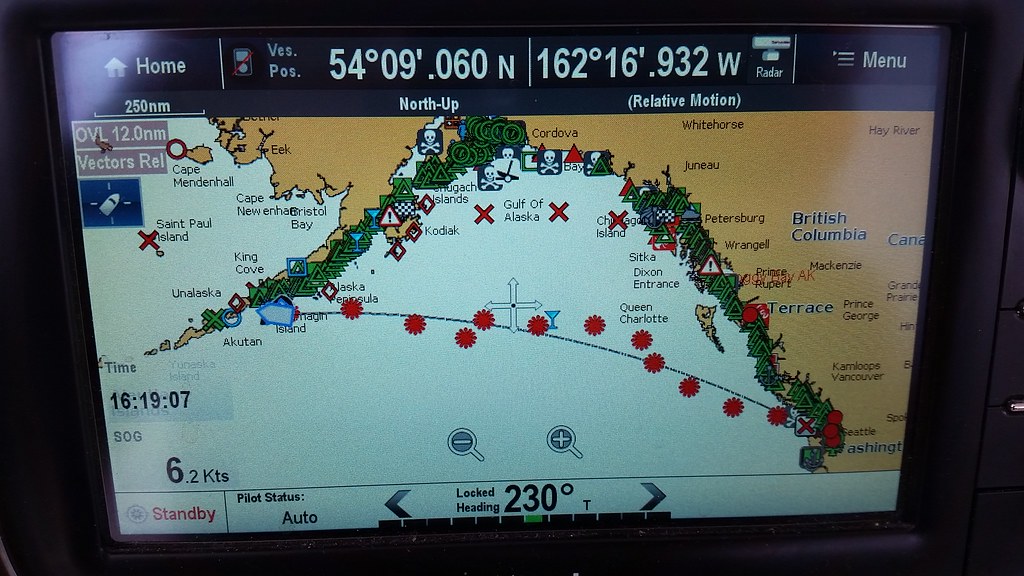 Our chart plotter shows that the shortest distance route (the dashed black line) at this latitude is a curve (great circle route) rather than a straight line (rhumb line.) This great circle route required a course heading change of one degree each day or so. Our noon positions – the red stars – show that we tried to stay close to the intended course but continually wind and seas forced us to diverge. 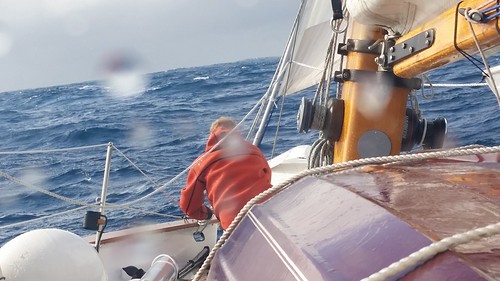 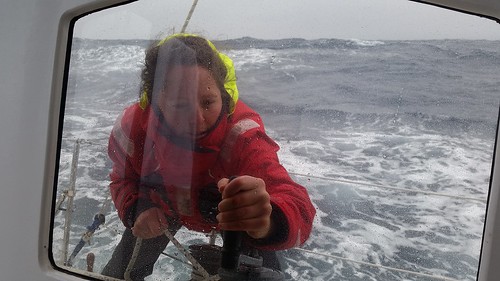 The passage of 1600 nautical miles took just over 13 days at sea. Unalaska is beautiful and we were happy to get a berth at a dock near Downtown Dutch Harbor.