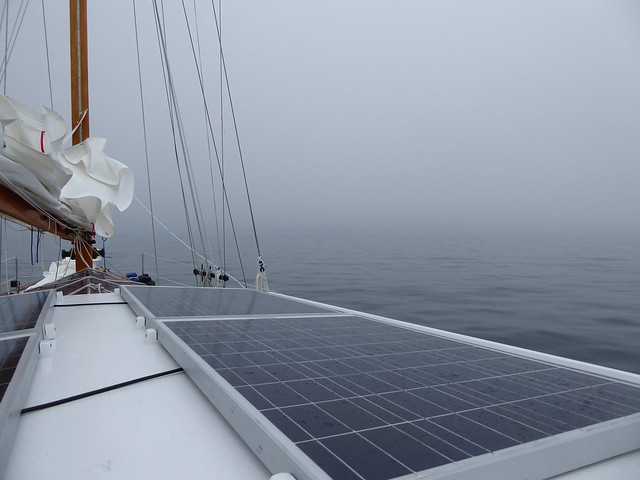 In our travels, Peter heard from some fishermen that their home port, Homer, is a small, beautiful, sleepy Russian fishing village that we should visit, so we went. We arrived in Homer on the 4th of July. Our mid-day arrival in thick fog was complicated by many small targets on the radar going 30 knots in all directions. We thought perhaps we had a radar problem. 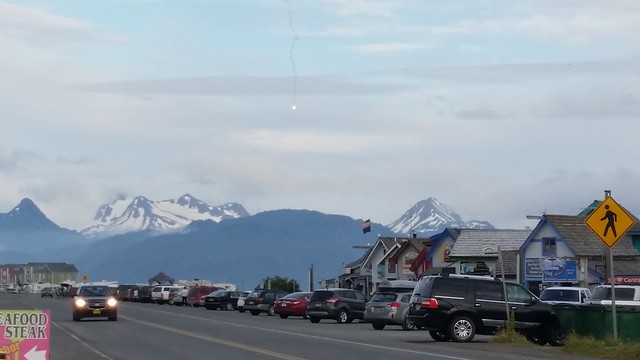 It turns out the radar was working fine and Homer is not exactly a sleepy fishing town in the summer. It’s a halibut fishing, RV campground tourist heaven. There is a large Russian speaking community here but they weren’t hanging out with the tourists. 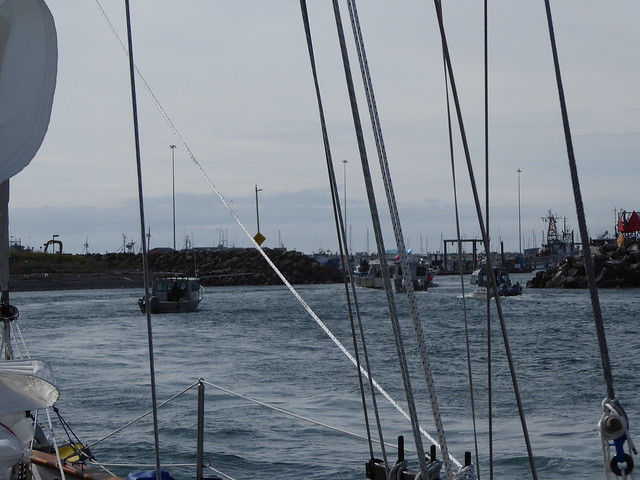 It was a shock after the solitude of the Peninsula to arrive at the Harbor entrance and be surrounded by more boats than we could count coming and going as we entered the harbor.
It’s always a busy time on board arriving in a new harbor and figuring out where we will tie up and which side of the boat will need dock lines and fenders. 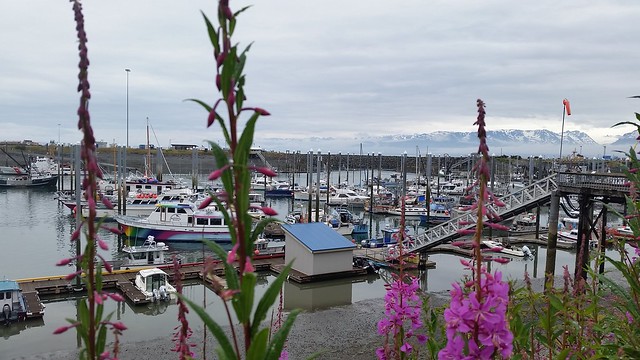 After a bit of maneuvering and a dockside visit from the harbormaster we found a spot and settled into our Homer “home for the night” and enjoyed the stillness of a night at a dock. 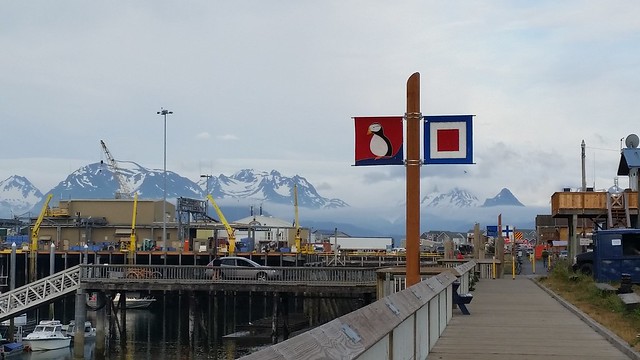 The next day it was time to make our city visit plan. The normal jobs for a town arrival were on our list – groceries, laundry, mail (our first general delivery package, success!) internet and we hoped to get a guide book for sailing Prince William Sound. Our phones didn’t work. We found out later that there were so many visitors to the spit for the holiday that it crashed the cell service for a couple of days. 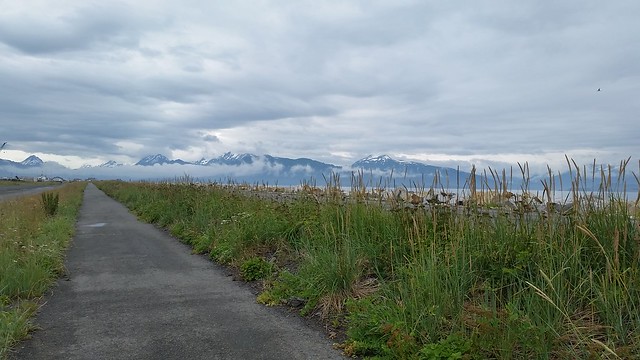 The harbor and the town are at opposite ends of a 5 mile sand spit. Wary of taxi fees in a tourist town and ready for some land exercise we made the trek into town on foot. 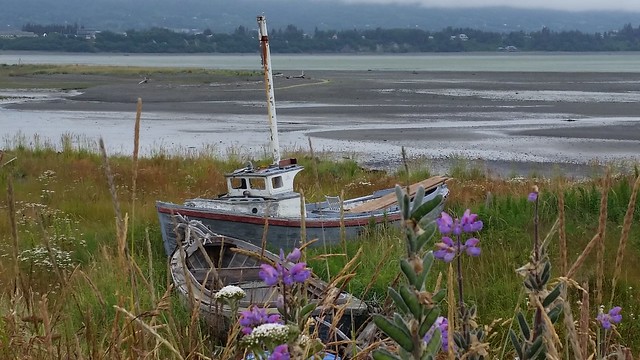 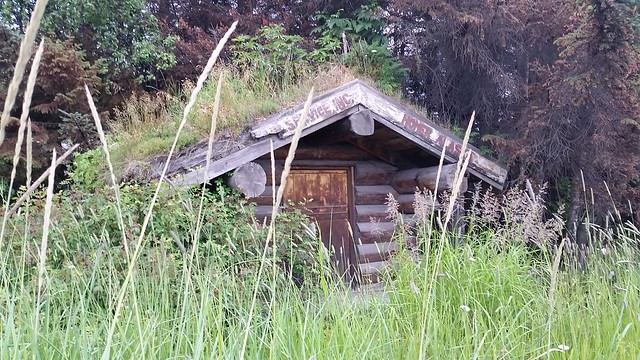 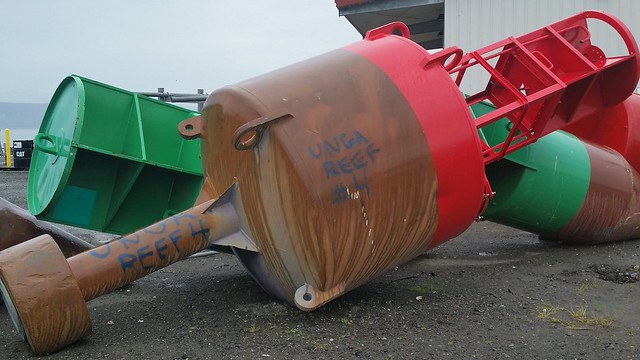 The paved path on the spit had scenic views making the trip a pleasant one. 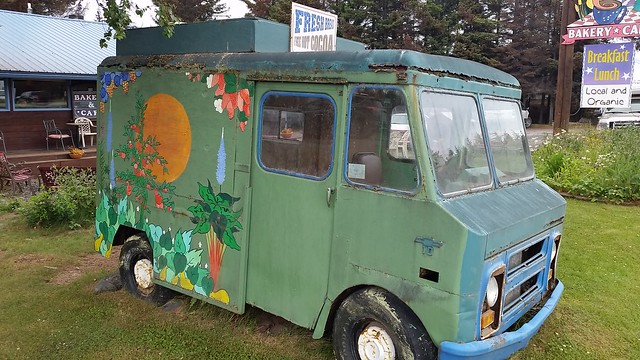 And just when we needed lunch and a bathroom we arrived at a surprisingly excellent and locally famous restaurant the Alaska Sourdough Bread Company. This restaurant started as a bread truck and has grown into a local institution. 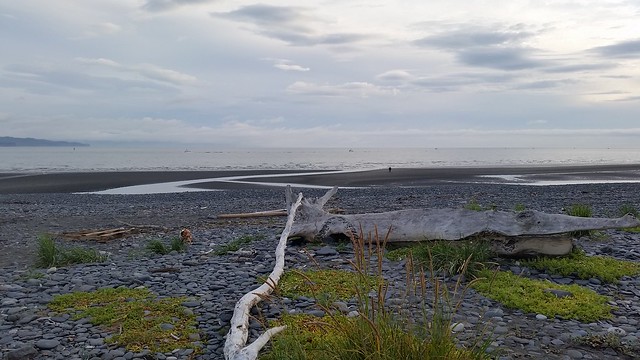 We finished all of our town jobs and took a cab back to the boat with our groceries. With fresh provisions on board we were ready to move on and explore the Kenai Peninsula. 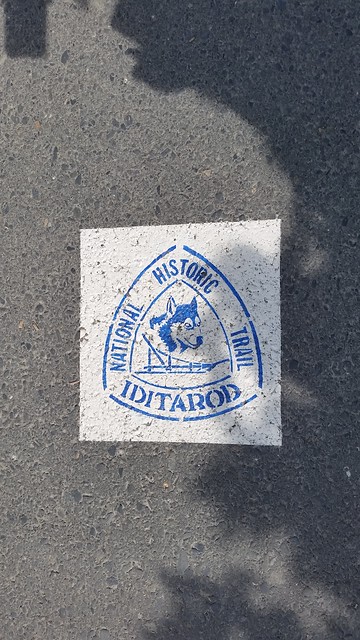 Seward, traditional starting/ending point of the Iditarod trail, could have been next town on our route but we decided to bypass it so we could spend more time in the wild of Prince William Sound. Irene had different plans. The morning after we passed Seward we had an engine hose problem. Peter splinted the hose but we knew that Seward was our best bet for getting a new one anywhere in the next few hundred miles. 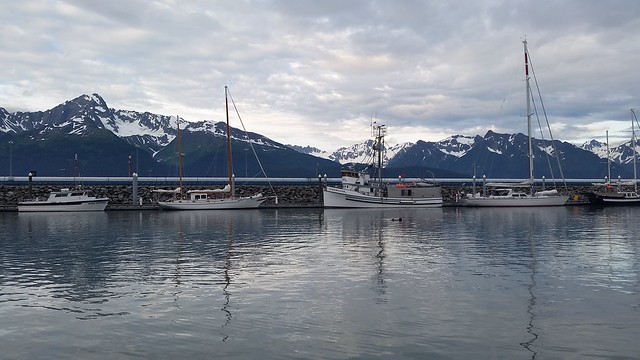 So, we did something we don’t often like to do and retraced our steps. Seward surprised us by being a highlight and we’re glad we went back. The town is a small enough for easy travel by foot. 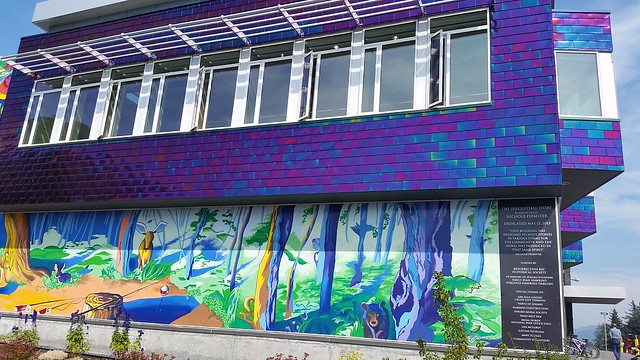 There are several marine stores, excellent laundry, a flashy purple library and a number of restaurants – including Ray’s and Chinooks right next to each other at the harbor! Apparently these restaurants have no relationship to Seattle but it was a surprise to see them and gave us a chuckle. 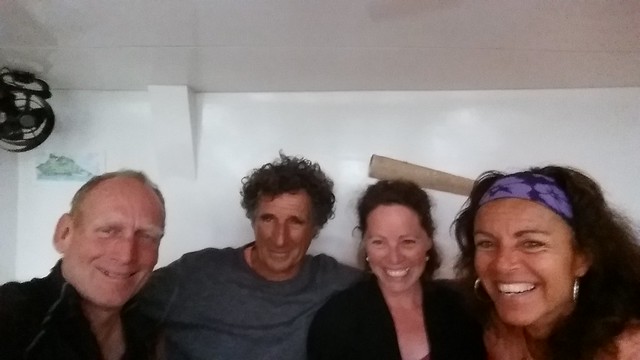 It also became a very social visit. We spent an evening with Sauvage, (http://www.sailing-yacht-sauvage-expedition.com/) a boat we last saw in Chile in 2010, caught up with a Seattle boat Panta Rhei (http://www.sailblogs.com/member/pantarhei/) that we first met in Sand Point in June, and met Jesse and Samantha who live aboard in Seward and completed the Arctic Northwest Passage trip in 2014 (https://empiricusembarks.com/ and http://sailwith7.com/about-us/) 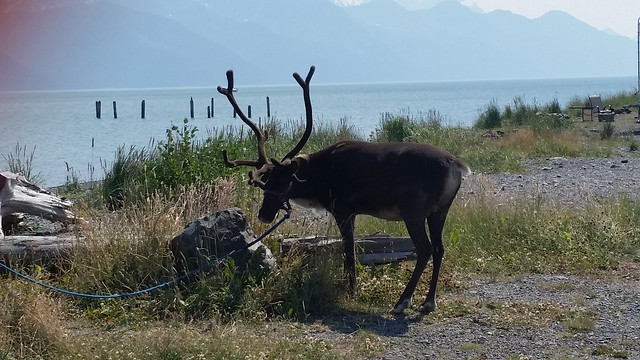 Proof that we’re in Alaska we actually saw a reindeer in town, even if he was there to meet the cruise ship.

From Seward we took a day trip to Anchorage. It was a beautiful day for a drive and nice to be travelling a little faster than our normal speed. There is only one road to Anchorage from Seward and we heard there had been some interior fires creating smoke along the route. 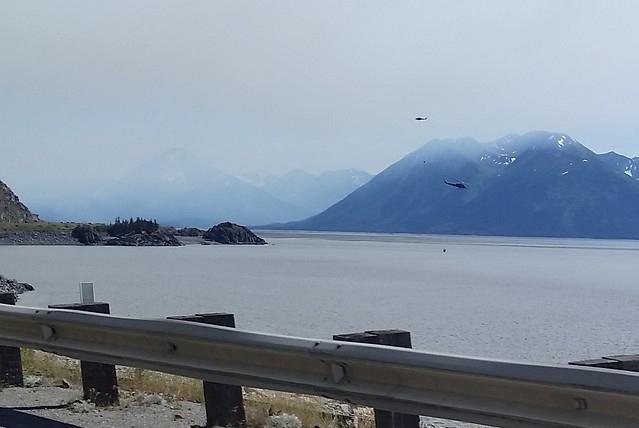 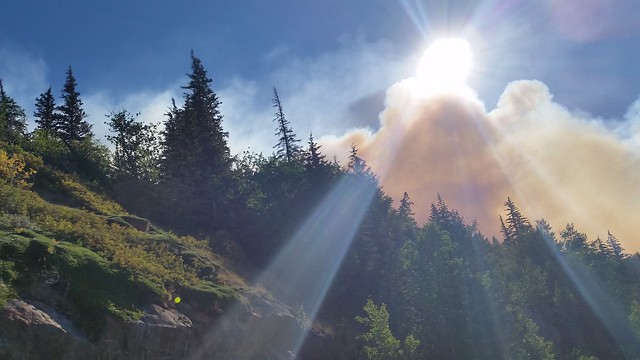 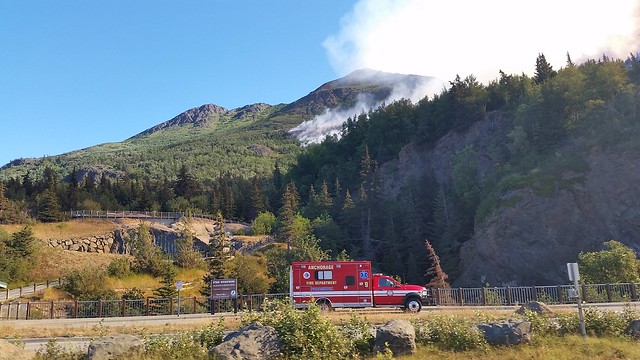 The forest fire on the outskirts of Anchorage reduced the highway to just one lane when they allowed traffic through. It was dramatic seeing the flames coming down to the road. Helicopters were picking up water on one side of the road to drop on the other side as we drove under them and lines on the highway were backed up for hours by the afternoon. 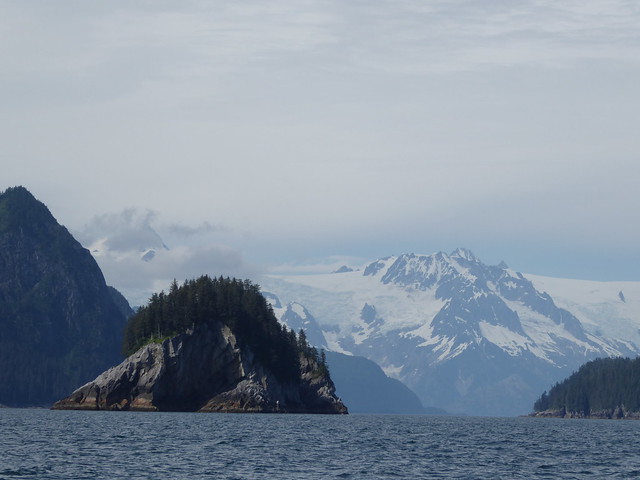 Safely back aboard Irene in Seward we finished up our grocery shopping and headed out for wilder anchorages.

6 thoughts on “Homer to Seward”